How Can I Measure Viscosity?

The answer, like most answers in the crazy measurement world, is, “it depends”. To find out what it depends on, we'll start with defining viscosity.

Viscosity is the mechanical friction between molecules in motion, and the resistance to deformation because of mutual attraction of the molecules. In other words, it's resistance to flow.

There are two types of viscosity: 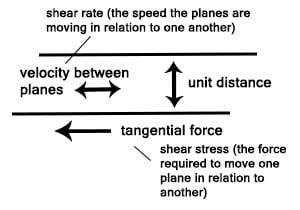 Way back in the 1800's, the first measurements of viscosity were made using capillary tube methods. The following is a brief summary of the different techniques and instruments that have since been developed, and are in use today.

The earliest methods for measuring viscosity were based on using capillary tubes and measuring the time it took for a volume of liquid to pass through the length of the tube. These developments were in place before the turn of the 20th century and are known as Ostwald or Ubbelohde viscometers.

Similar to this method is the Zahn Cup, which is a small container with a handle, and a small hole in the bottom. The time it takes to empty the cup through the hole is correlated to viscosity. The Zahn cup is often used in the paint industry.

Another technique is the Falling Sphere Viscometer, in which a sphere of known density is dropped into the fluid sample and the time it takes for the sphere to fall to a specified point is recorded. This method has been used on ships to monitor the quality of the fuel going into the ship’s engine. A similar product is the Falling Piston Viscometer.

Vibrational Viscometers measure the damping of an oscillating electromechanical resonator immersed in a fluid. This technique is often used in-process to give continuous readings in a product stream, batch vessel, or in other process applications.

The rotational viscometer measures the torque required to turn an object in a fluid as a function of that fluid’s viscosity. This method is frequently used in quality control, and in production laboratories. 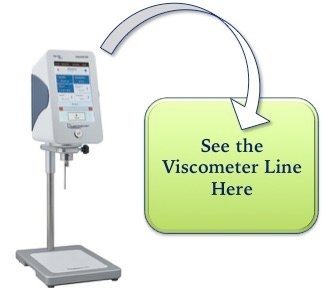 Simple liquids react in a simple way to flow speed and time, and are called pure or Newtonian fluids. These pure fluids include things like water and milk. Newtonian fluids are usually measured by capillary viscometers, Zahn cups, or falling ball viscometers.

Non-Newtonian fluids react in very different ways to changes in flow speed and time. The techniques for measuring these viscosities require complex testing methods offered by other types of instruments, the rotational viscometer being the most popular.

Viscosity might seem complex, but the right instrument will help you test this characteristic with ease. Let us know what questions you have by leaving a comment, or sending us an email at viscosity@cscscientific.com.

Until next time, I remain bewildered as ever.

P.S. If you are not subscribed to these Test Equipment rants and muses, sign up at the top of the page.