How Are Consistency, Surface Tension and Viscosity Different?

I used to think that liquids were pretty simple things. Is that what you think too?

Not so fast. Let’s take a look at three properties of liquids and see if we change our view.

Here at CSC, we work with Consistency, Surface Tension and Viscosity of liquids.

As an indicator of Consistency, sometimes defined as thickness or runniness, we use a Bostwick Consistometer. Producers of ketchup, soups, sauces, paints, liquid mixes and the like use the property of Consistency as a check of quality on their incoming and finished product.

Surface Tension, the property that resists external forces at the surface, is a characteristic we measure with duNouy Ring Tensiometers. Research and Development projects for coatings, adhesives and surfactants use these measurements. Surface tension changes are a basic in monitoring processes such as parts cleaning and electroplating.

Viscosity, the measurement of the resistance of a liquid to flowing, is the third quality of liquids that we work with. This characteristic is important in many food products, particularly where flow is important. For example, with pancake syrup, the effectiveness of petroleum compounds are dependent on Viscosity as well as the design characteristics of liquid handling systems.

We are constantly asked how these properties relate to one another. There are very few factors that are associated between these properties. First, there is the general impression of thickness – a liquid with higher viscosity usually means a comparatively higher consistency, but not necessarily a higher surface tension.  As temperature increases all three properties become lower in an inverse relationship to temperature.

Other than these associations, across the board correlations do not exist.

Because of these differences, correlation or conversion of readings between the properties of Consistency, Surface Tension and Viscosity is not possible except between liquids of very similar molecular structure, shape and attraction. Some studies of selected alkanes have shown linear relationship between the log of Surface Tension and the reciprocal of Viscosity, but for a narrow range of molecular structure.

The measurements of Consistency and Surface Tension are straightforward and only need a fixed temperature to assure consistent readings from test to test. Check out the videos.

Measuring Viscosity adds several complications. First, there are several types reactions to the movement of liquids. Then there is the relationship of the force used to the speed of movement.

Viscosity, as the resistance to flow has two critical aspects.  The first is a measurement of the force needed to move the layers of a liquid against each other. The second complication arises from the speed at which you move the layers.

The first type is known as a Newtonian fluid: water, hydrocarbons, mineral oils, syrup and resins are examples. The Viscosity of Newtonian fluids does not change with changes in speed/velocity.

The second type belongs to a category known as Non-Newtonian, and there are several types of Non-Newtonian fluids in this category some examples include.

The group of fluids for which an increase in speed lowers Viscosity is known as Shear Thinning or Pseudoplastic; ketchup, paint, nail polish, and polymer solutions are examples.

Next are liquids that increase in Viscosity  as the speed increases, called Dilatant (almost like a playboy - Dilettante) or Shear Thickening; silica, glycol,cornstarch solutions and some slurries are included here.

Liquids that experience a changes in viscosity as a constant stress is applied to them over time are known as Thixotropic, if the viscosity decrease or Rheopectic if viscosity increases. Examples are inks, Clays and drilling muds. 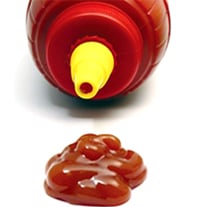 Finally, there are fluids that require a certain stress is needed before they flow, called Plastic. This type includes gels, latex paints, lotions, and toothpaste. (Just to further complicate matters, a fluid can be both plastic and another type of non-Newtonian fluid, often pseudoplastic or thixotropic.)

These details of the basic two-phase measurement requirement (stress and velocity) for Viscosity and the complex actions of the different fluid categories hopefully illustrate that the lack of direct correlations of Viscosity to Surface Tension and Consistency is based on the fundamental differences of the these three properties of a liquid.

I hope this helped shine light on the reasons that there are no general correlations among these three properties, and that the requirements for instruments to measure them are significantly different.

Now you may understand why I am continuously baffled by this test equipment undertaking.

P. S. If you would like to be informed by email of our next harangue, subscribe in the space above

P.P.S. If you like more information on instruments that measure Consistency, Surface Tension or Viscosity clicks on the appropriate icon here.